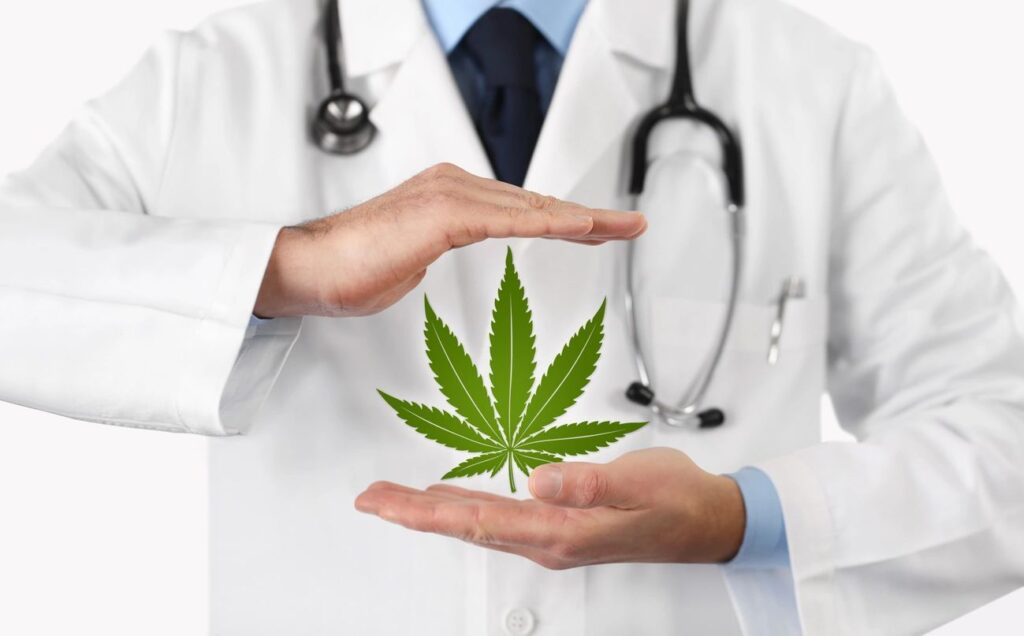 Cannabidiol (CBD) oil is a product that’s derived from cannabis. It’s a type of cannabinoid, which are the chemicals naturally found in marijuana plants. Even though it comes from marijuana plants, CBD doesn’t create a “high” effect or any form of intoxication — that’s caused by another cannabinoid, known as THC.

There’s some controversy around cannabis products like CBD oil because of recreational marijuana use. But there’s growing awareness about the possible health benefits of CBD oil. Here’s what you need to know about six potential medical uses of CBD and where the research stands:

CBD may be able to help you manage anxiety. Researchers thinkTrusted Source it may change the way your brain’s receptors respond to serotonin, a chemical linked to mental health. Receptors are tiny proteins attached to your cells that receive chemical messages and help your cells respond to different stimuli.

One studyTrusted Source found that a 600mg dose of CBD helped people with social anxiety give a speech. Other early studies done with animals have shown that CBD may help relieve anxiety by:

CBD has been in the news before, as a possible treatment for epilepsy. Research is still in its early days. Researchers are testing how much CBD is able to reduce the number of seizures in people with epilepsy, as well as how safe it is. The American Epilepsy Society states that cannabidiol research offers hope for seizure disorders, and that research is currently being conducted to better understand safe use.

A studyTrusted Source from 2016 worked with 214 people with epilepsy. The study participants added oral doses of 2 to 5mg of CBD per day to their existing anti-epilepsy medications. The study’s researchers monitored the participants for 12 weeks, recording any negative side effects and checking on the frequency of their seizures. Overall, participants had 36.5 percent fewer seizures per month. However, severe adverse effects were recorded in 12 percent of the participants.

Researchers are looking at a receptor located in the brain to learn about the ways that CBD could help people with neurodegenerative disorders, which are diseases that cause the brain and nerves to deteriorate over time. This receptor is known as CB1.

Researchers are studying the use of CBD oil for treating:

The effects of CBD oil on your brain’s receptors may also help you manage pain. Studies have shown that cannabis can offer some benefits when taken after chemotherapy treatments. Other pre-clinical studies sponsored by the National Institutes of Health are also looking at the role of cannabis in relieving symptoms caused by:

Nabiximols (Sativex), a multiple sclerosis drug made from a combination of TCH and CBD, is approved in the United Kingdom and Canada to treat MS pain. However, researchers think the CBD in the drug may be contributing more with its anti-inflammatory properties than by acting against the pain. Clinical trials of CBD are necessary to determine whether or not it should be used for pain management.

The effects of CBD on receptors in the immune system may help reduce overall inflammation in the body. In turn, CBD oil may offer benefits for acne management. A human study published in the Journal of Clinical Investigationfound that the oil prevented activity in sebaceous glands. These glands are responsible for producing sebum, a natural oily substance that hydrates the skin. Too much sebum, however, can lead to acne.

Before you consider CBD oil for acne treatment, it’s worth discussing with your dermatologist. More human studies are needed to evaluate the potential benefits of CBD for acne.

Some studies have investigated the role of CBD in preventing cancer cell growth, but research is still in its early stages. The National Cancer InstituteTrusted Source (NCI) says that CBD may help alleviate cancer symptoms and cancer treatment side effects. However, the NCI doesn’t fully endorse any form of cannabis as a cancer treatment. The action of CBD that’s promising for cancer treatment is its ability to moderate inflammation and change how cell reproduce. CBD has the effect of reducing the ability of some types of tumor cells to reproduce.

How to use CBD oil

CBD is extracted from marijuana plants as either an oil or powder. These can be mixed into creams or gels. They can be put into capsules and taken orally, or rubbed on your skin. The multiple sclerosis drug nabiximols is sprayed as a liquid into your mouth. How CBD should be used depends largely on what it’s being used for. Talk to your doctor before using CBD oil. It hasn’t been approved by the U.S. Food and Drug Administration (FDA) for any medical uses, and it can have side effects.

CBD oil usually doesn’t have any major risks for users. However, side effects are possible. These include:

More human studies are needed to fully understand the range of risks and side effects that CBD oil may cause. Studies of CBD oil aren’t common. This is partially because Schedule 1 substances like cannabis are highly regulated, causing some obstacles for researchers. With the legalization of marijuana products, more research is possible, and more answers will come.

CBD oil isn’t legal everywhere. In the United States, CBD oil is legal in some states, but not all. Certain states that have legalized CBD for medical use may require users to apply for special licensing. It’s also important to know that the FDA hasn’t approved CBD for any medical conditions.